The health sector has recently reached a milestone : the integrated technologies of communication and information. Commonly known as e-health or telehealth, the market is booming and experiencing a strong increase in parallel with the quick development of the market for smartphones and tablets. However, the evolution of this market remains mixed.

According to WHO (World Health Organization), e-health is defined as follows: “Digital services for the well-being of the person.” It can also be defined as “the use of the tools of production, transmission, management and sharing of digital information for the benefit of both medical and medico-social practices.” In general, digital technologies are underutilized in this sector, even though they represent real potential for improving the efficiency, quality and safety of our healthcare system.

The situation of the sector in Europe

E-health is just beginning to take off in Europe. According to the European Commission, eHealth takes off slowly. Too slow for European authorities who do not hesitate to speak of “delay”. To make an assessment on the use of ​​e-health in Europe, the Commission conducted two studies to measure ” the use in Europe of tools and digital services in the health sector”. In other words, the Commission analyzed various topics such as electronic medical records, health services and other remote systems to exchange information. This work was carried out within hospitals in 30 European countries (EU 27 plus Croatia, Norway and Iceland).

The most active countries in health practice online within the hospital system are Denmark, Estonia, Sweden and Finland. In terms of scans of personal medical records, the countries that rank on top of the list are  Netherlands  with 83%, followed by Denmark and the United Kingdom with 80%. Contrasting figures in comparison to the European level, since only 9% of hospitals in Europe allow their patients to consult their medical records online.

The case of France

France is definitely lagging in the use of eHealth. However, some interest from the medical profession was noticed since 6 out of 10 doctors use online health tools. But France remains far behind its European peers. Indeed, for example, 100 % of physicians in Estonia use “e-prescribing” qualified as “the prescription of tomorrow”. On another hand, France is just below the European average, therefore it is time for the country to move into high gear. A major reason for this delay is the reluctance of doctors. The latter can be explained by the lack of financial incentives (79%), a lack of computer skills (72%), a low compatibility of systems (73%) and a lack of regulatory framework regarding privacy and respect for privacy in communication between doctor and patient by email (71%).

There is thus much progress to do concerning the use of technology and digital tools in the field of health. However, we note that some initiatives are being implemented in this direction such as the creation in mid-March if an investment fund called Extens and dedicated to e-health. Europe seems to be on track toward health and new technologies. 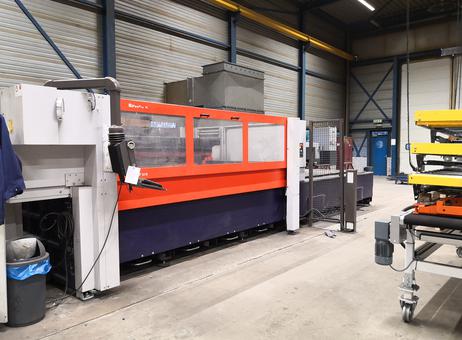